There are a lot of variables to consider when shopping for a paint booth. One significant decision is the choice between having a pitted or non-pitted model.

Downdraft paint booths are the superior choice for production shops because of the direction of the airflow and throughput capacity. In a downdraft booth, the air creates an envelope around the car. The air is drawn down, and over the vehicle, excess overspray is carried into the pits, through a series of filters before being exhausted to the atmosphere.

Full downdraft paint booths require a pit for the airflow path. The pits can either be cut into concrete, or the paint booth can be built on a raised basement. 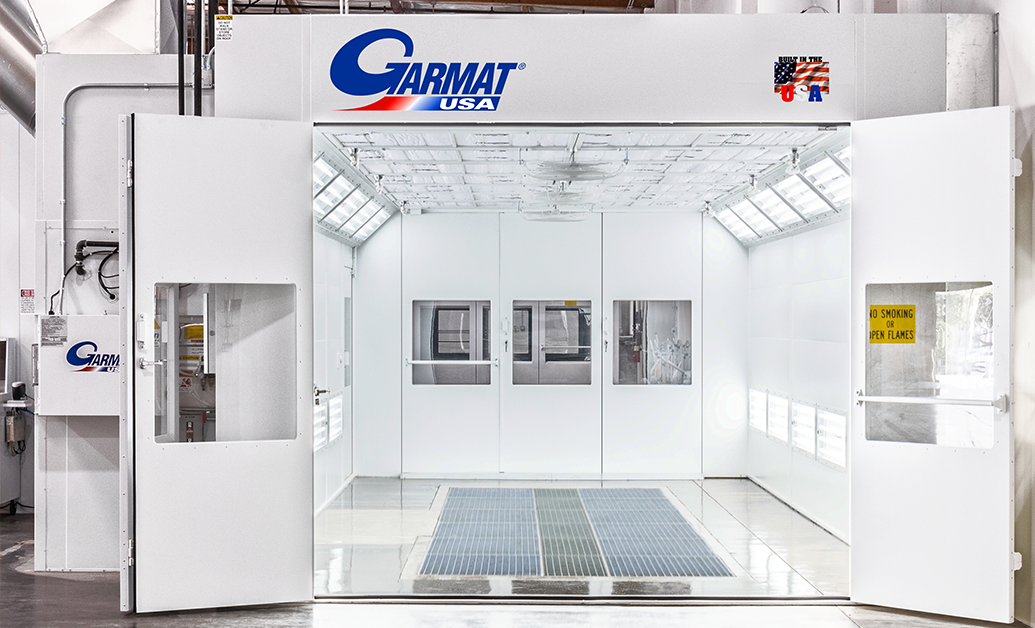 Exhaust Pits – Downdraft Airflow Concrete pits are the industry standard for downdraft paint booths. They can easily be added to into the architectural design of new facilities and even added to existing shops. Limiting factors to installing might include leased buildings where a landlord does not want the slab cut possible underground obstacles that prevent the pit installation, or maybe just the painter’s preference.

The pit design can vary from single, dual to three-row pits. Typical exhaust pit features are grates, supports and balancing pans. Filters are placed on top of the pans, and when installed correctly, the edges of the filters should be wedged between the grates and side of the pit.

The velocity of air and airflow path is directly affected by the pit design. The style of pit must match the capacity of the makeup air unit for optimal performance. Too large of a pit for the cfm volume and the velocity will drop resulting in poor evacuation and potential contamination. Overly small pit will result in too great a velocity with paint flashing too quickly and application issues.

Alternatives to the Traditional Down Draft Paint Booth Design 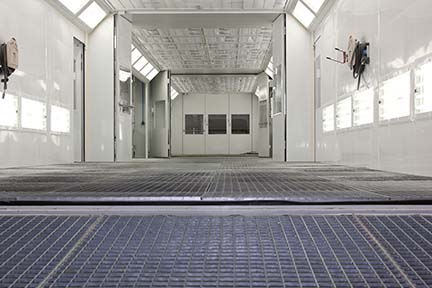 When a full downdraft booth is an absolute must, but digging a pit is not an option, the installation of a metal raised basement is a solution. The advantage to a raised basement is to give the user all the benefits of downdraft airflow without the added expense of digging concrete pits. A raised basement adds material cost to the paint booth, so essentially the costs are moved from installation to the equipment cost. Depending on your locale, concrete work could cost more than the basement and may add time to the overall projects.

Downdraft booths on a basement typically come in fully grated versions, that is grates cover the entire floor from wall to wall. Underneath the grates pans booth open and closed are used to simulate the appropriately sized pit. Filter media covers the entire floor under the grates, the benefit to this is the collection and trapping of dirt below the grates providing a cleaner environment but slightly more labor when changing filter media.

If a basement is not an option, and neither is digging a pit, yet you still want the benefits of a downdraft paint booth, then a modified downdraft booth is your best option.

Modified down or Semi Down airflow is the next best alternative to a downdraft paint booth. In this style, fresh air forced through the plenum and is exhausted through the filter towers in the opposite end of the paint booth.

The exhaust tower design directly affects the air flow path. Most paint booth manufacturers design the exhaust tower with the filter bank running up the face of the tower. Since air follows the path of least resistance, there is a loss of airflow over the vehicle (fig 1). Garmat modified downdraft paint booths use a patented airflow methodology that pulls the air down to the base of the exhaust tower (fig 2). With this design, the airflow is closer to a downdraft airflow than the other brands.

Another factor in choosing Modified downdraft paint booths over a traditional downdraft is often contingent on space. The mechanical is located at the top of this paint booth, so it has an overall smaller footprint. 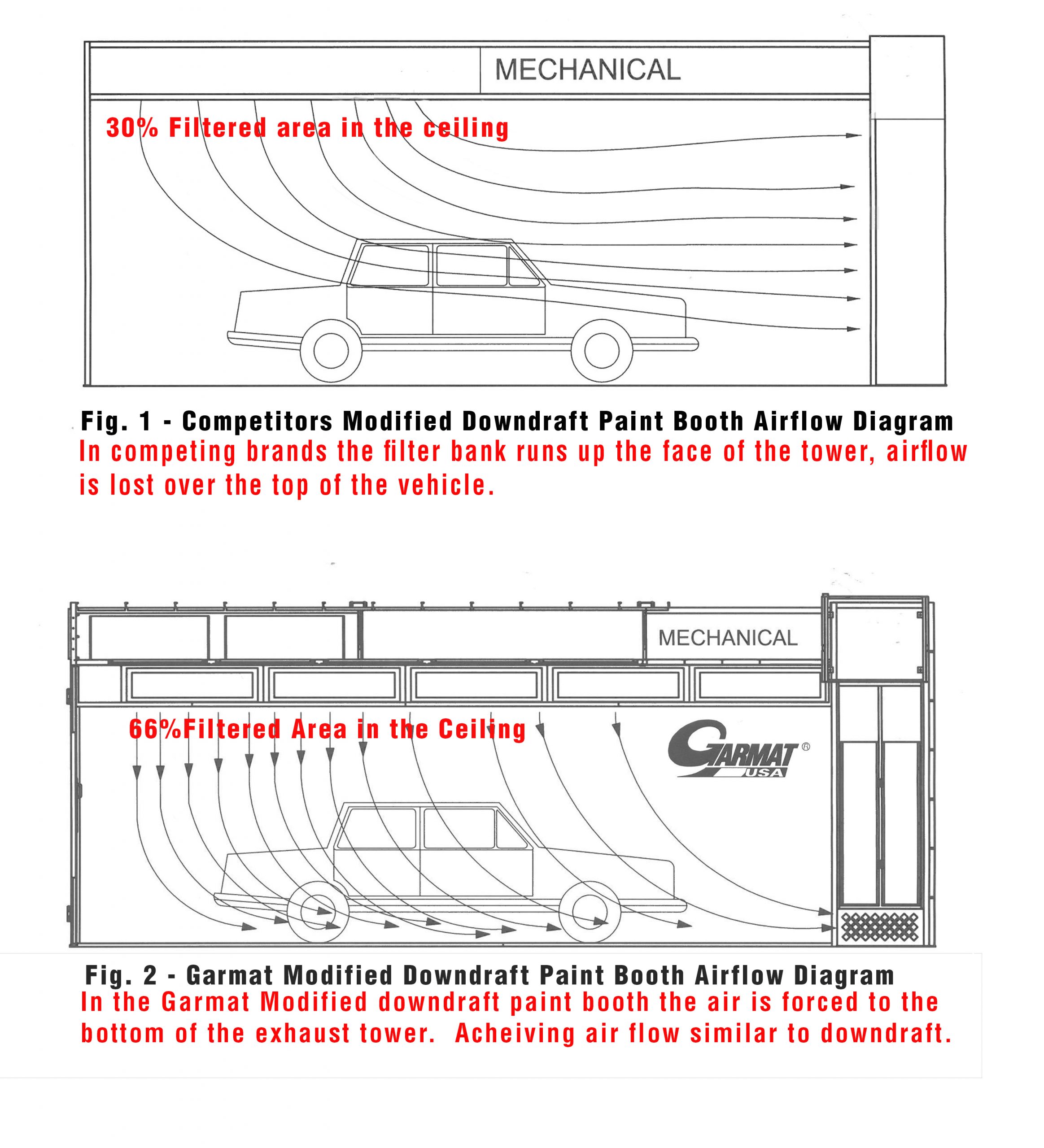 Competing brands of the semi or modified downdraft paint booths place the mechanical on top of the cabin, requiring additional interior ceiling height in the building and increased structural support alongside the cabin. However, Garmat truly integrates the mechanical into the ceiling of the paint booth, so their models do not require additional overhead space or increased structural support. Garmat models feature a larger filter area in the ceiling (66% Garmat vs. 30% competitor), increasing filter life, promoting more even distribution and reducing resistance to airflow.

In the market for a new paint booth for your shop? Click the button below.