What is the Difference in Paint Booth Exhaust Fans?

If you are shopping for a paint booth and comparing equipment quotes, it can appear as though you are comparing “apples to apples” if you don’t know the characteristics or features make a significant difference in performance.  Two paint booths may seem similar but have vastly different performance. 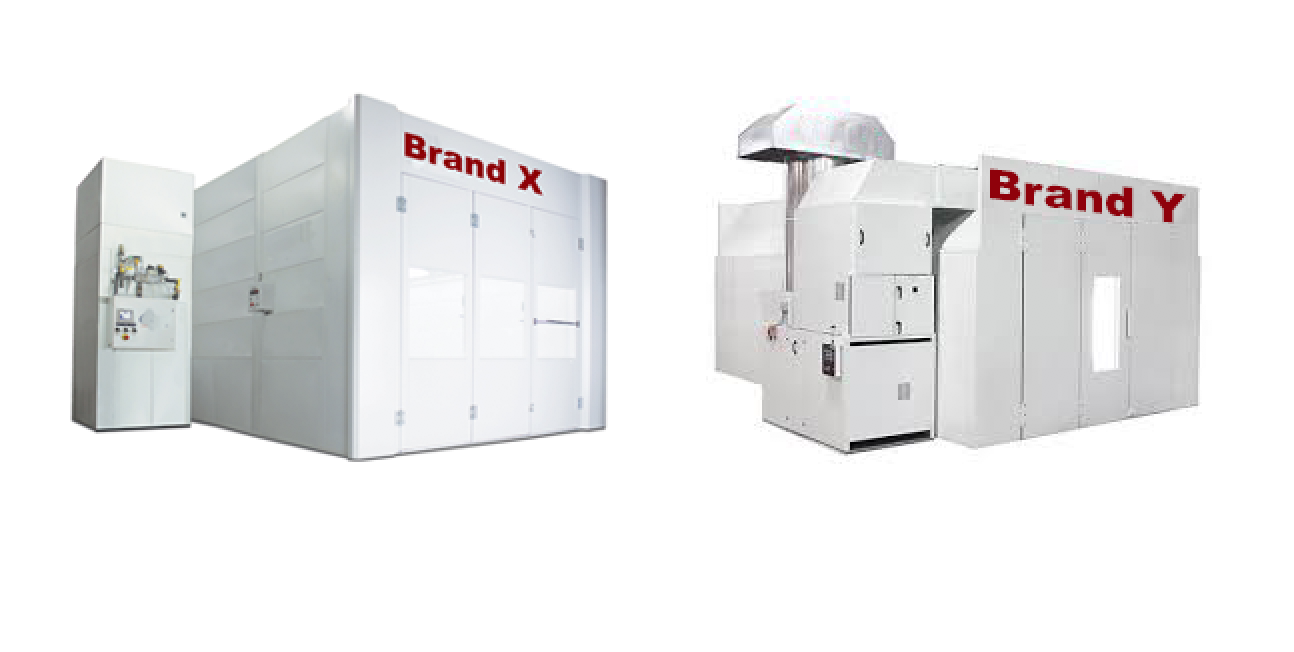 There are a few small but precise details that set one paint booth apart from another and affect the performance of your paint booth throughout its lifetime.   With such a crucial investment as a paint booth, consider the impact it will make on your operation.  The decisions you make today could potentially affect you (positively or negatively) for decades.

One of the key criteria is the exhaust fan selection.  This crucial detail that may not seem important at first it is vital to spray booth performance.  The difference in fan design has a significant impact on the stability and consistency of airflow, the useful life of the filter, and the long-term durability of the motor and the bearings.

Axial fans are designed to move high volumes of air for a given power input and static pressure (resistance to airflow).  Tube axial fans are the typical fan design used in inexpensive spray booth applications and chosen for their low price point, but not necessarily for their effectiveness. 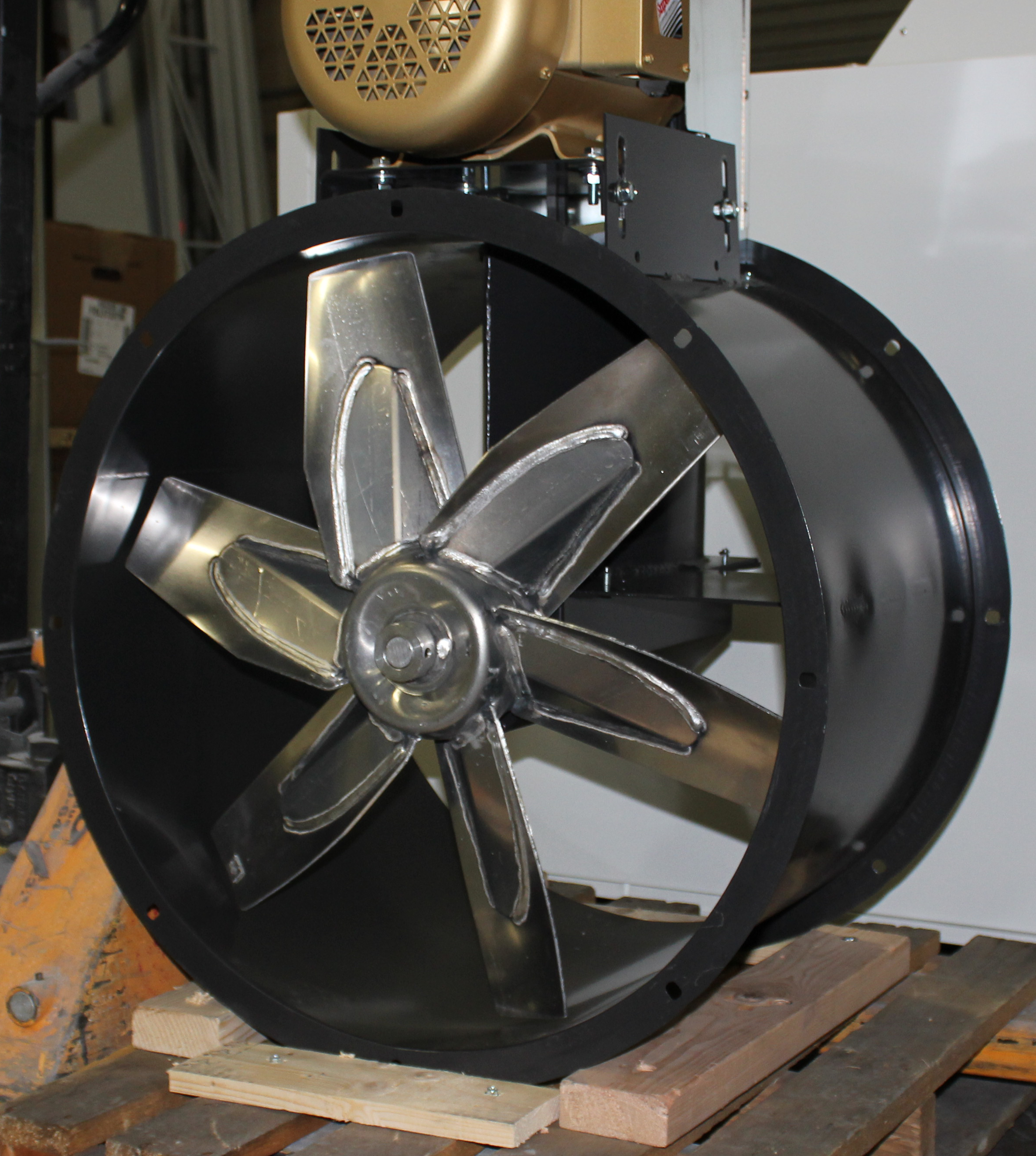 The axial fan is the oldest and the simplest form of air moving device.  The air flow pattern is parallel to the fan shaft.  These fans are commonly known as circulators, propeller fans, and tube-axial fans.

The biggest flaw to tube-axial fans is their sensitivity to changes in static pressure and resistance to air movement.  As filters in a paint booth begin to load with overspray and dust particles, the capacity of the tube-axial fan diminishes quickly, thus reducing airflow.

Tube-axial fans are also considerably noisier than reverse incline fan. The noise increases as the static pressure builds due to the increase in fan speed that is required to maintain airflow. The tube-axial fan also needs a more rigorous maintenance schedule to keep the fan performing at the level when first installed.

Note: Garmat USA does not use the Tube Axial Fans in their standard line of automotive paint booths unless specifically requested by the customer.

Centrifugal fans accelerate air radially by changing the direction of the airflow. They are quiet, reliable, and capable of operating under a wide range of static conditions. This type of fan runs at a lower RPM, accumulates less overspray, thus reducing both noise and maintenance costs as a result.

There are several types of centrifugal fans, but the three most efficient designs include forward curve, reverse incline, and airfoil reverse incline fans.

Forward Curve Fans the most efficient for a given set of conditions such as horsepower, size, and initial static pressure.  However, these fans are prone to collecting overspray, so they are best used on the supply side and typically not recommended for use in exhaust applications. 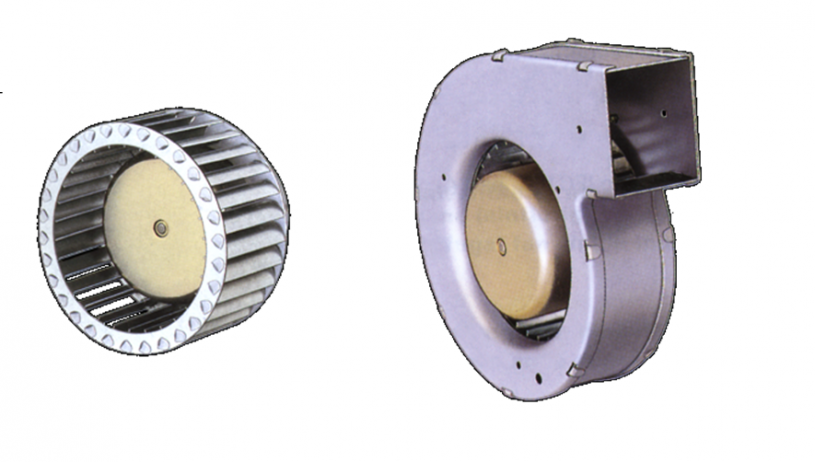 Reverse Incline Fans use blades that curve against the direction of the fan wheel.  The backward direction of the impeller creates a vacuum of air that surrounds the blades, thereby reducing overspray build up.  These fans are highly effective over a wide range of static pressure and provide more consistent air flow as the filters begin to load up with overspray and dust particles. 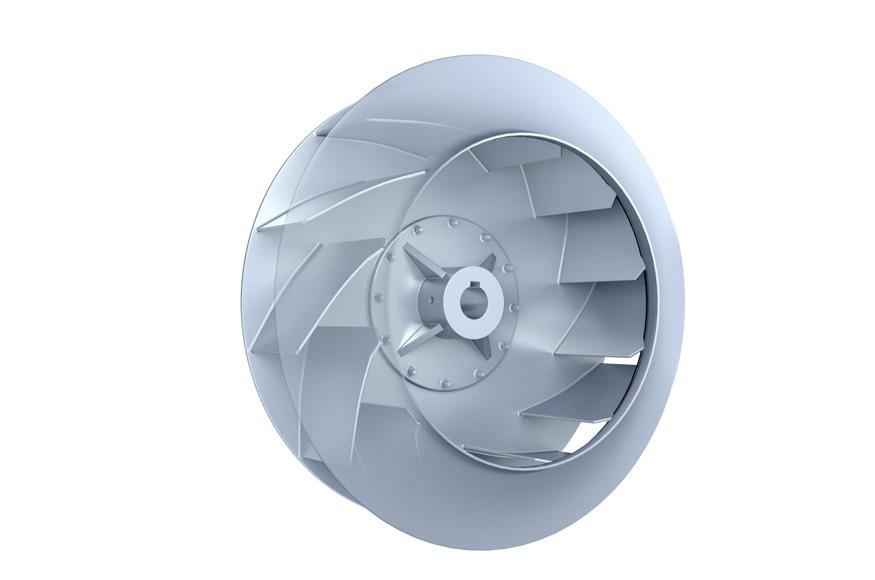 The Dual Inlet Reverse Incline Fan with Airfoil Blades is a recent improvement on the reverse incline fan for increasing efficiency. It comes with all the benefits of the reverse incline fan, but the airfoil design of the blade gives the fan more capacity at a given rpm and horsepower, and with less noise, than the standard reverse incline. An additional feature of this fan selection is that the motor cannot be overloaded at a given wheel speed regardless of the amount of static pressure applied to the system. 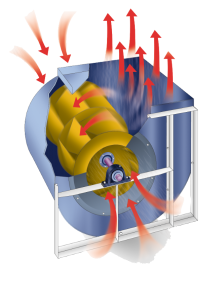 As you can see, fan selection might be a single line item on a new spray booth quote, however the impact in critical to the spray booth performance. Ensure the exhaust fan configuration is spelled out in your quote, so you understand what you are getting in return with your purchase.

Have a question about purchasing a paint booth? Click the button below.